The housing market often offers design solutions that merely comply with current building regulations but which completely ignore both the context the work finds itself in and its architectural composition.
Since they didn’t wish to leave the town of Este, the Client chose one of the housing types offered by the market, despite not being completely satisfied with their choice.

State of affairs-Starting point
The project is approved but is yet to be built – a housing unit limited by two other units: a three-family house.
On the ground floor, a single space houses the entrance, living room and kitchen, as well as the garage and services, while the sleeping area is located on the first floor.
Both floors receive light from only two sides: the main entrance side and the opposite side.
The Client feels the need to intervene, as they require bright, open spaces that better respond to their own housing needs.

New Project
The new project rethinks the interior spaces: the sleeping area is moved to the ground floor and the living area to the first floor, so as to illuminate the latter not only by the light coming from the openings of the only two walls, which delimit the living space, but also by the overhead light through skylights placed on the pitches of the roof.
Thanks to the lowering of the attic, relative to the ground floor service area, and the decision to eliminate the attic, which was not feasible, it was possible to expand the living area with double height and obtain two rooms in the attic projecting onto it.
The vertical connection of the various floors acts as a hub to for the organisation of the various functions: the entrance, lit from above, invites the residents to ascend to the living area, so even if the ground floor rooms are intended for sleeping, the articulation of the staircase, made entirely of corten steel, offers the possibility of organising the space dedicated to the bedrooms, without entering them directly.
The architectural solution of the staircase does not include the parapet, for which a metal mesh was designed to make the “up and down” of the shaped steps visible from all floors, especially from the living area.
On the first floor, the staircase allows for flexible and versatile spaces with multiple perspectives from each room.
The light on the first floor marks the passing of the hours, offering the interior space plays of light at different intensities throughout the day.
A view of the Euganean hills from the living room helps raise the well-being of the residents. 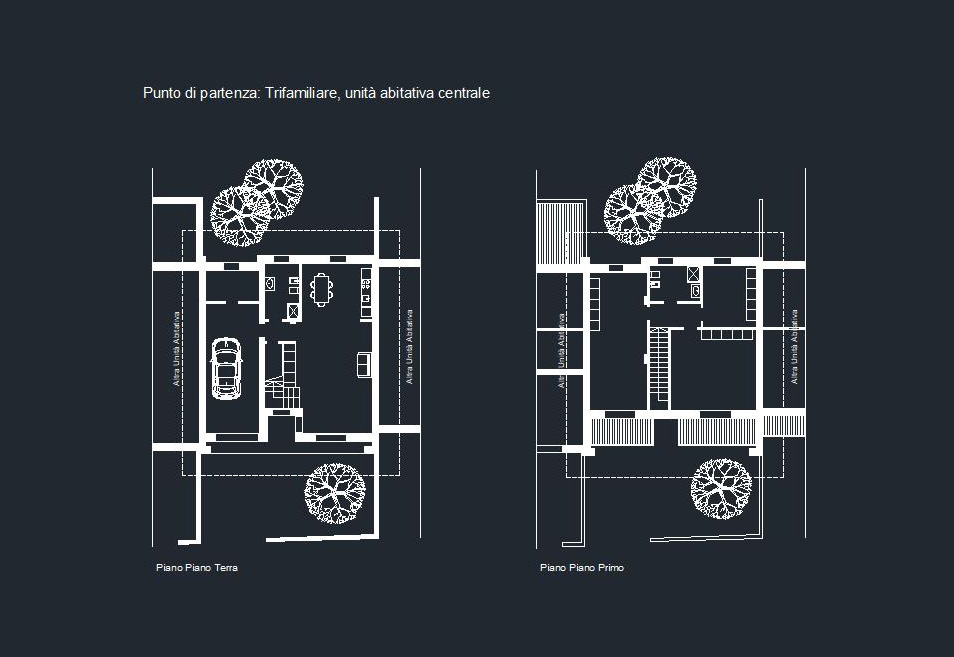 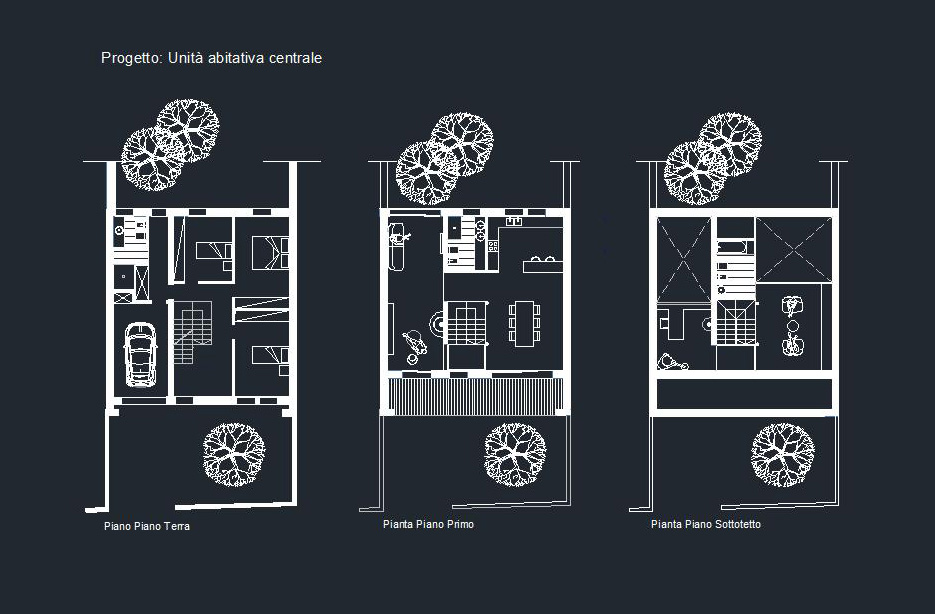 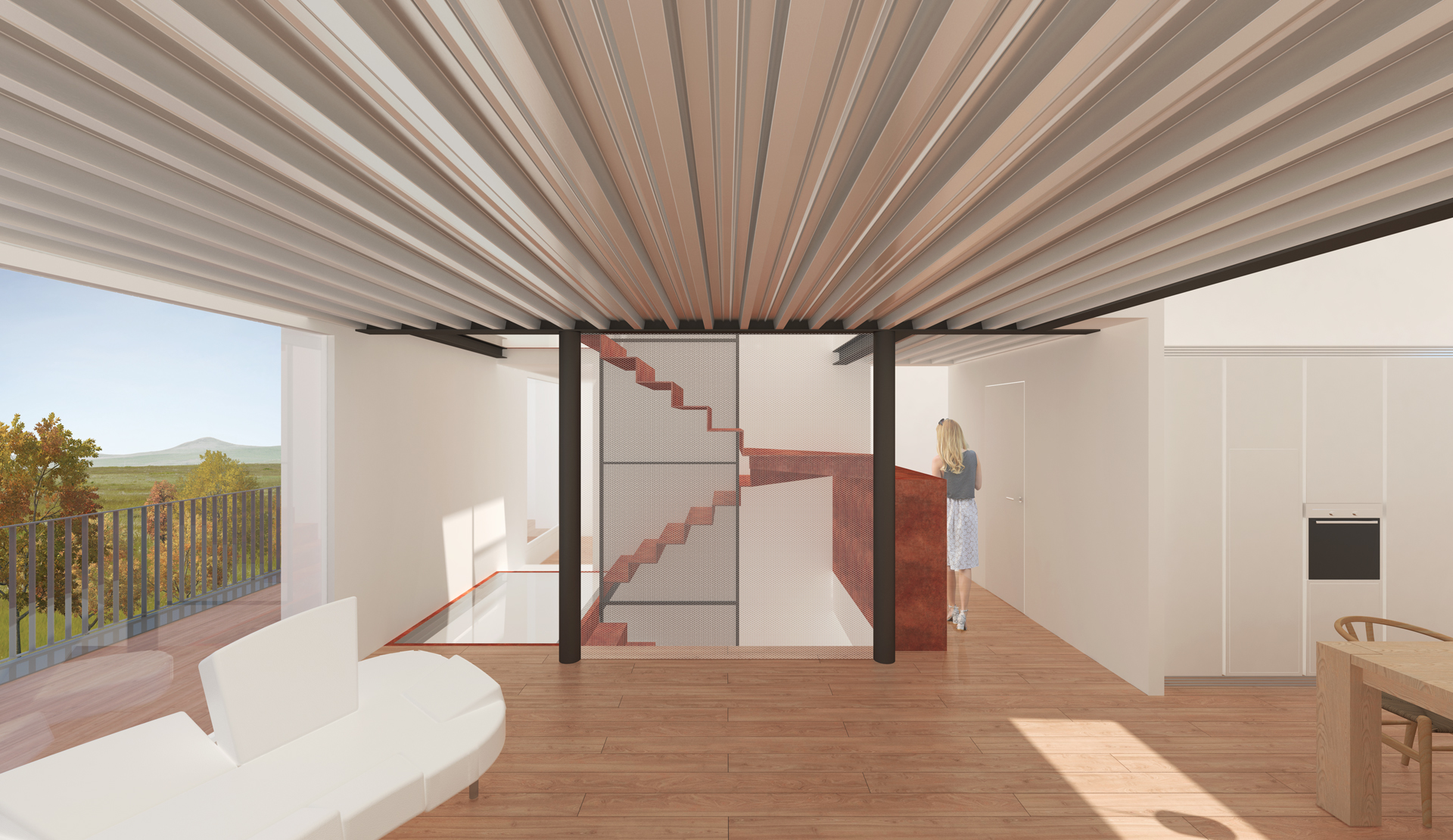 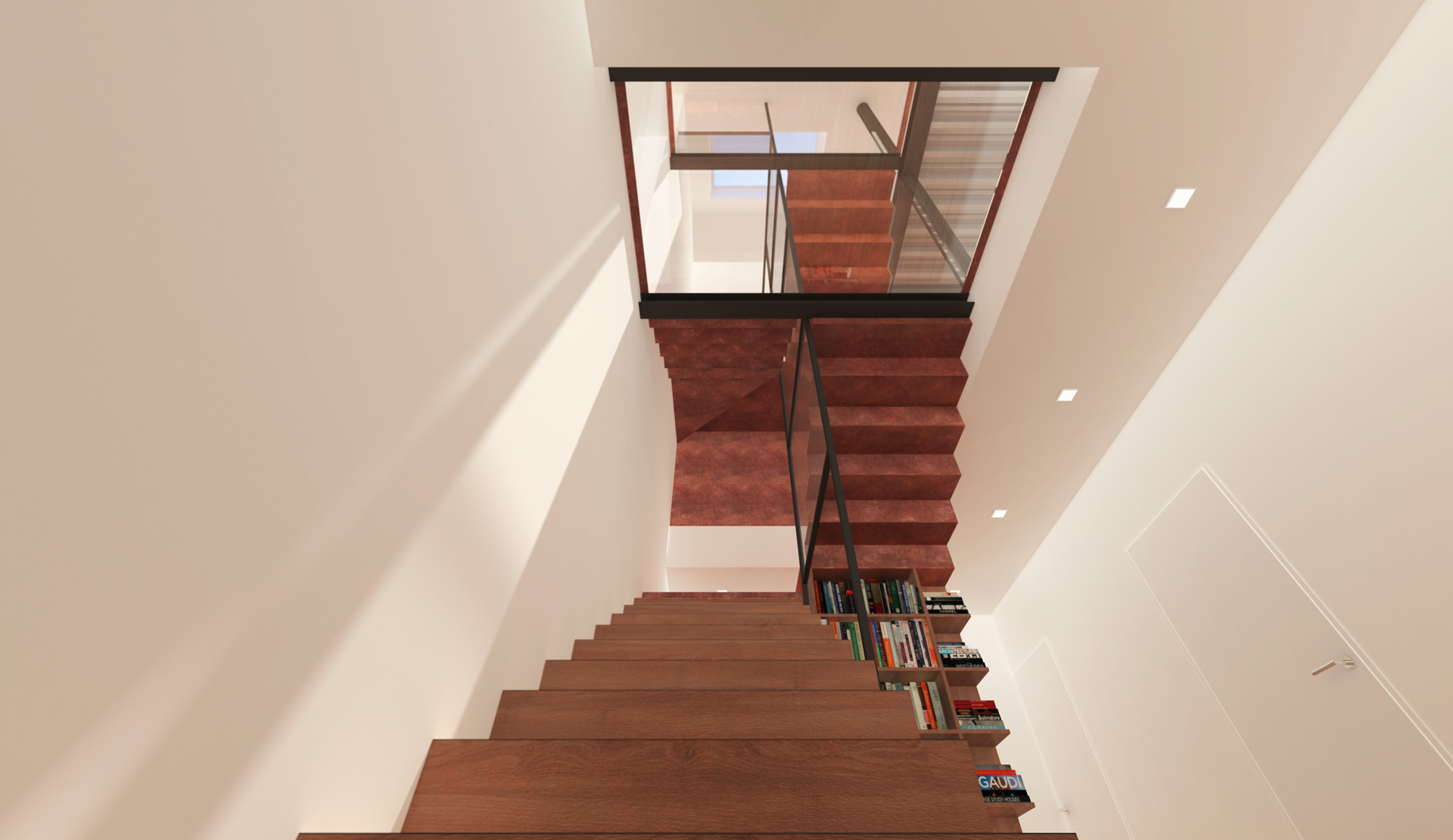 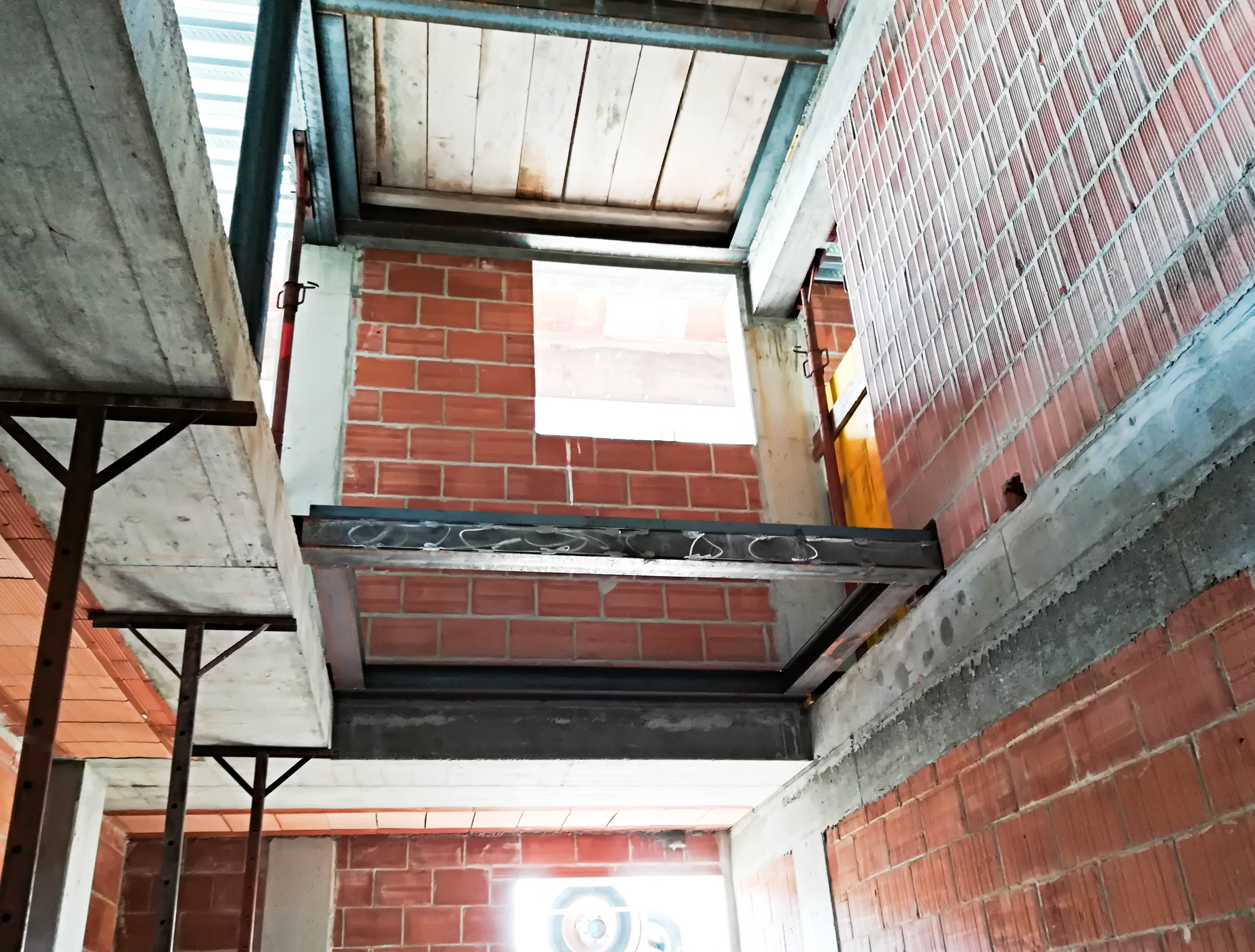 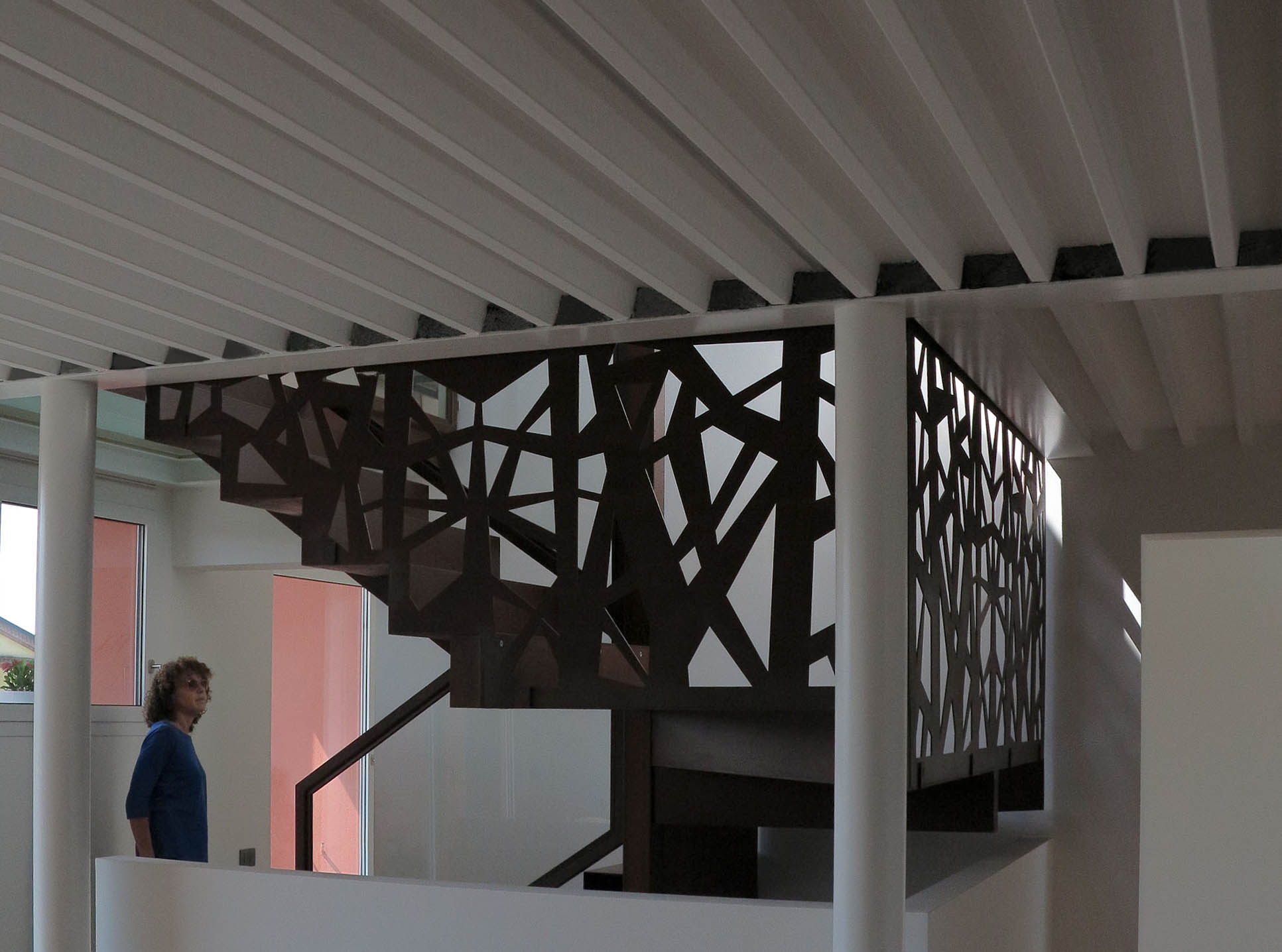 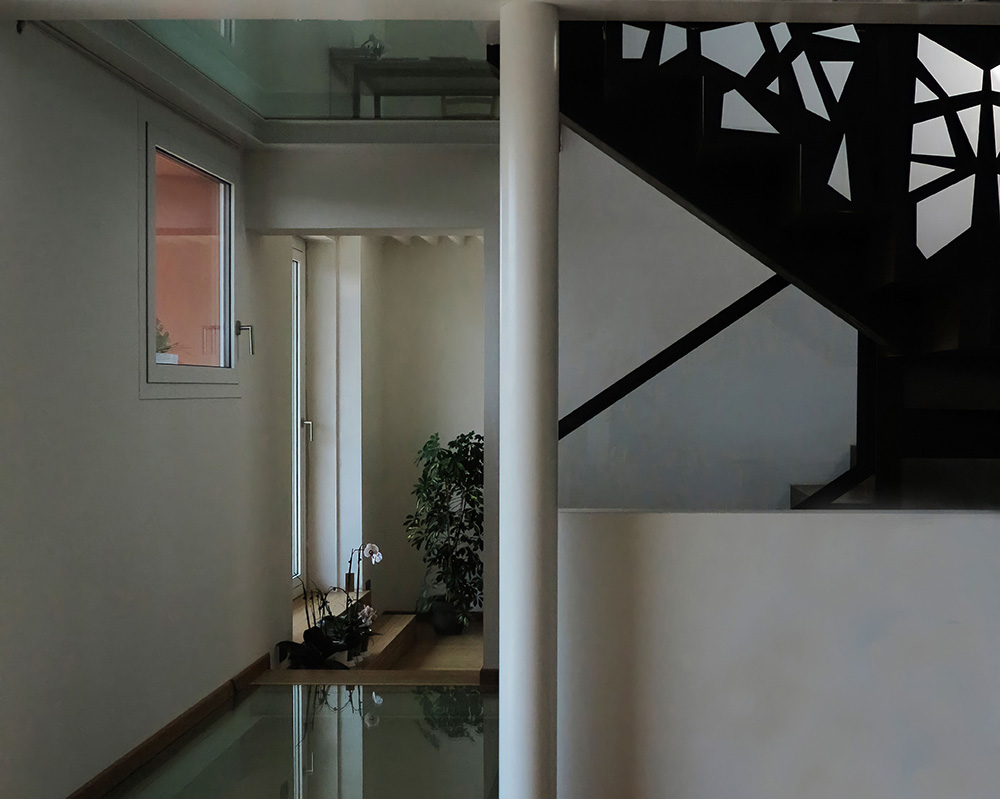 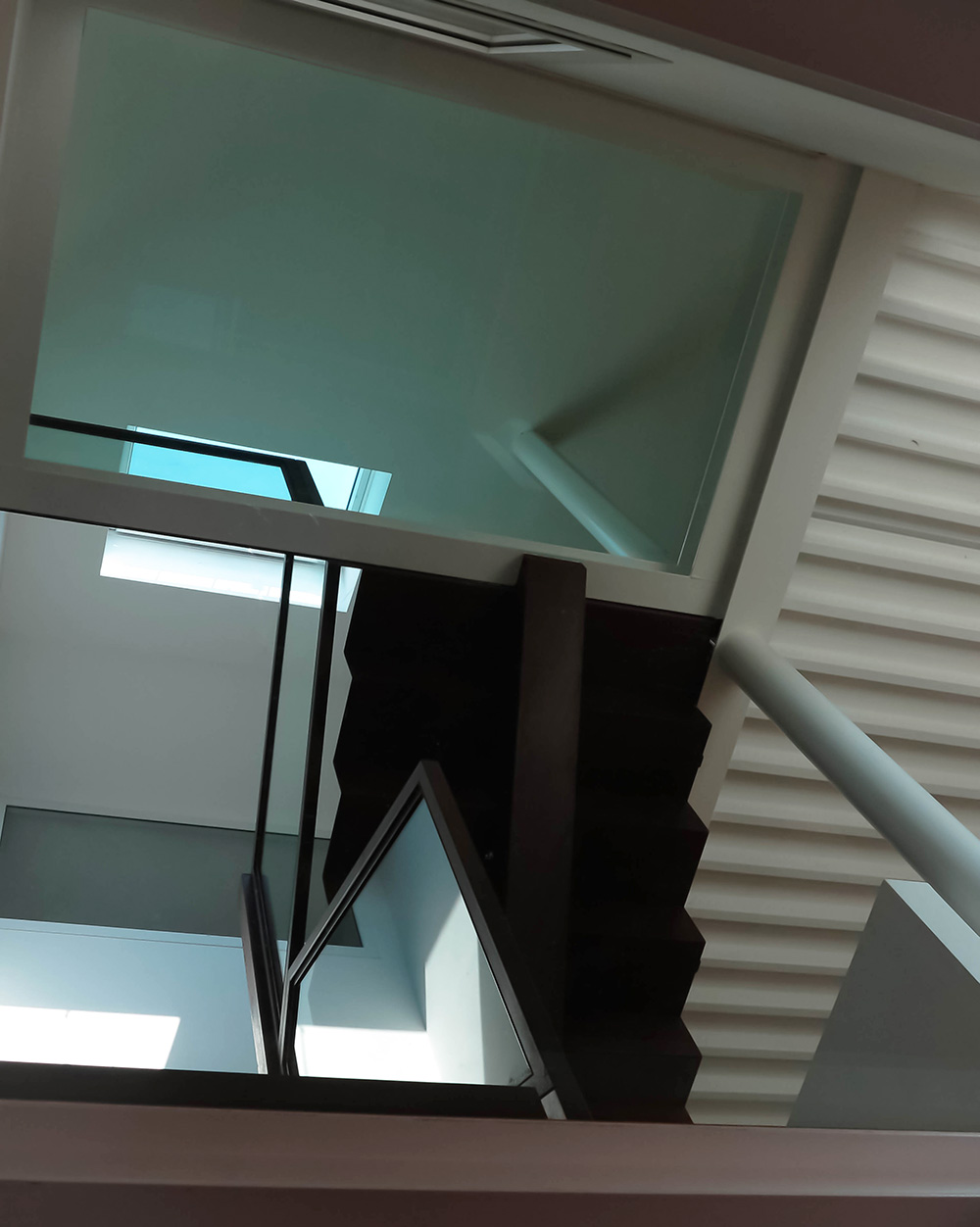 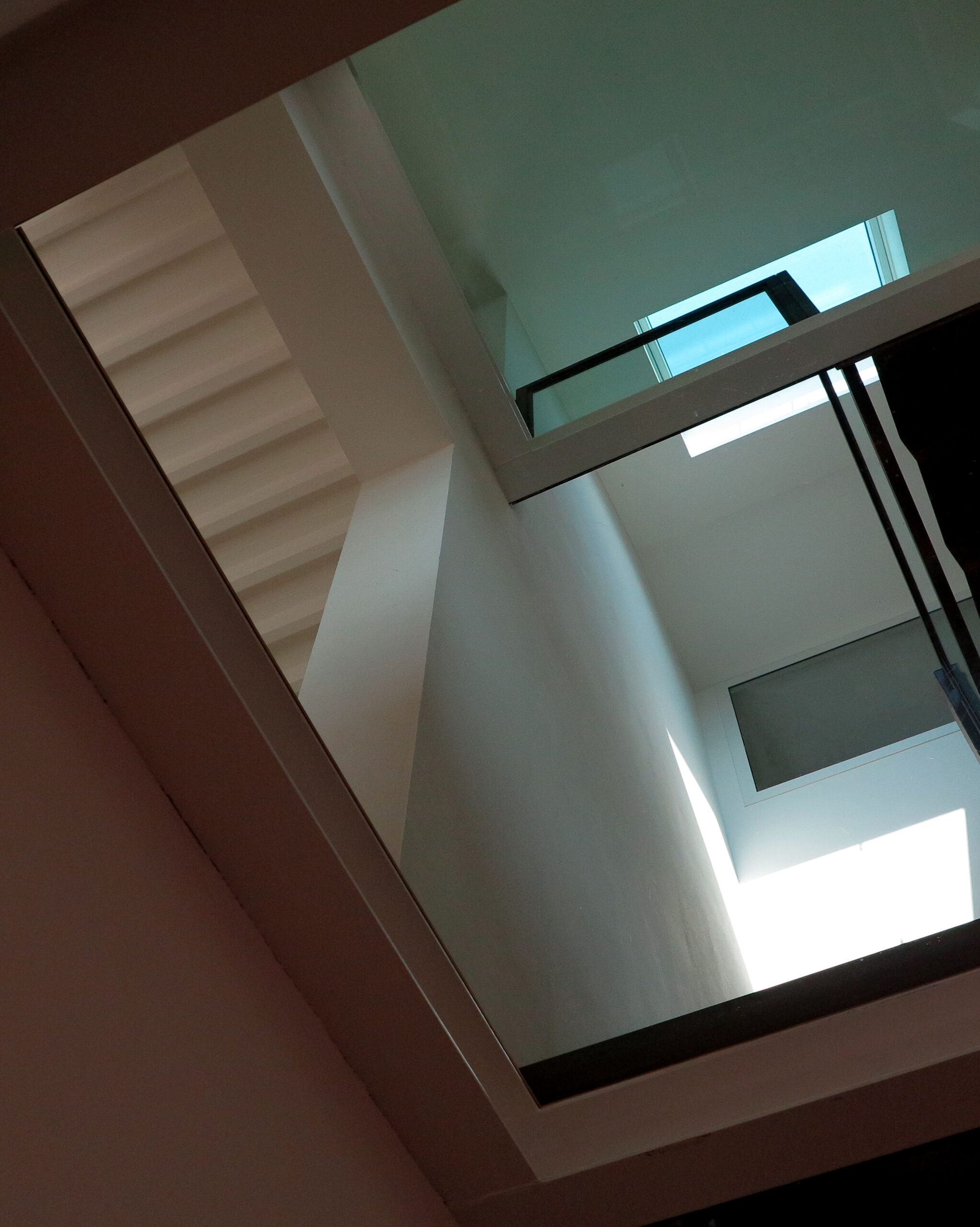 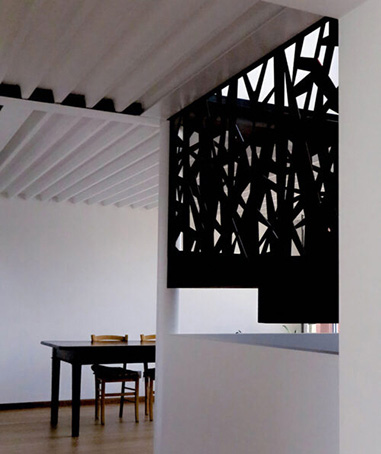 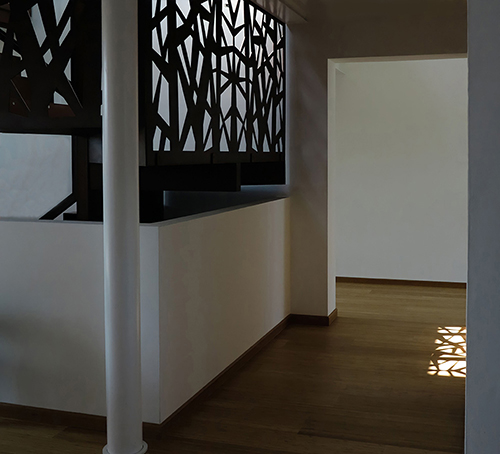 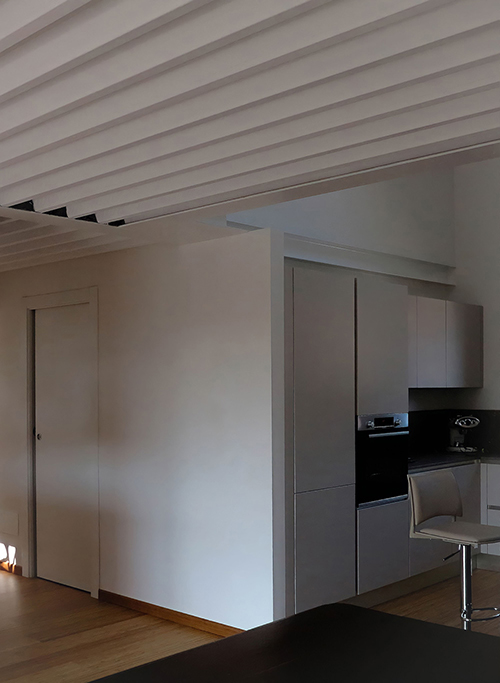 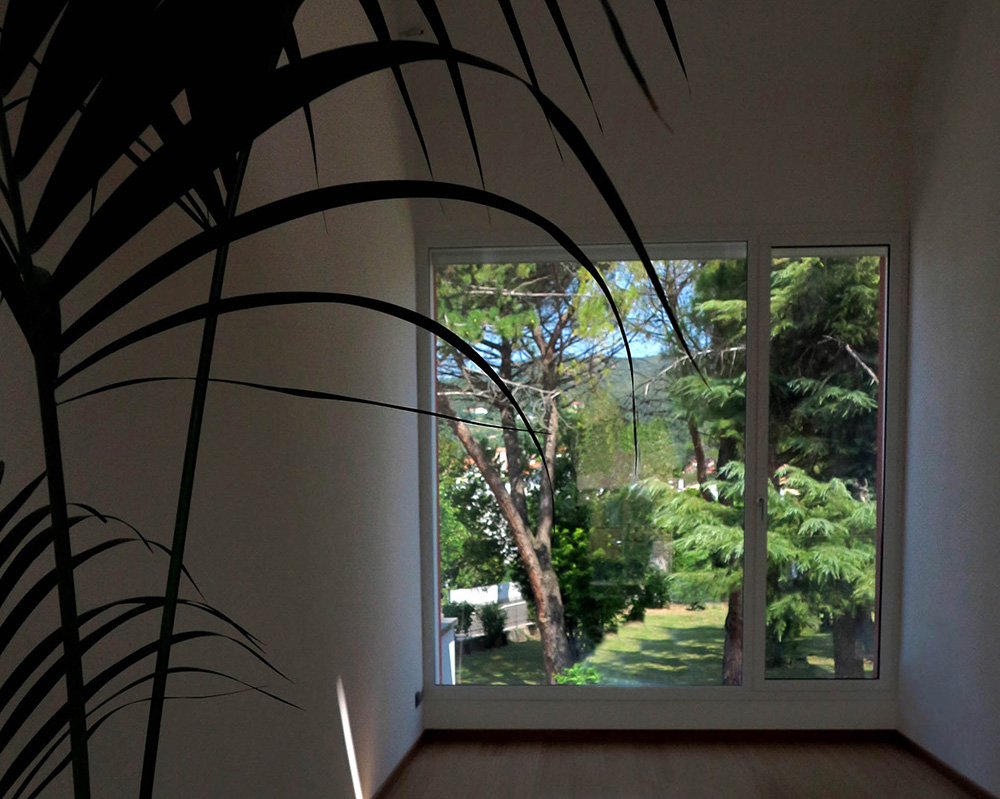