Project with the Building Permit

The place
The place is a strip of land in the open countryside, and the development plan involves an area that includes the inhabited area and surrounding countryside. The project occupies a development lot on which the Council Master plan prescribes the construction of a condominium, a kind of building that is not always easy to insert in an extra-urban environment.

The project
The planning process starts from a precise assessment of the character of the place, laying special emphasis on the rapport between architecture and landscape: greenery and daylight play a determining role in the definition of spaces. A semi-courtyard block articulated in three volumes embraces the space reserved for the garden; so making the surrounding greenery part of the composition that develops horizontally, with the aim of softening the visual impact on the natural environment, a problem that is typical of apartment blocks. The central volume houses the entrance, the vertical connection, the distribution space and technical space. The two flights of stairs together with the full-wall windows, have been placed in such a way as to draw the gaze towards the garden. The two side volumes have been treated as sculptures: cut out so as to create a concrete continuity between inside and outside. Apartments of different types are distributed on them, of one, two and three rooms. All spaces inside have been planned so as to give the owners the possibility, in any moment of the day, of enjoying the view outside through large spacious windows, loggias and terraces. On the west side two apartments have been placed on different levels, a duplex and a triplex, with separate entrances. This choice in planning was dictated by the fact that the area available included a large stretch of land that could not be built on, because of the need for space between buildings. So the area available has been exclusively assigned to the only two units that look out over it and, in respect for the needs of privacy, is to be made into a private garden. 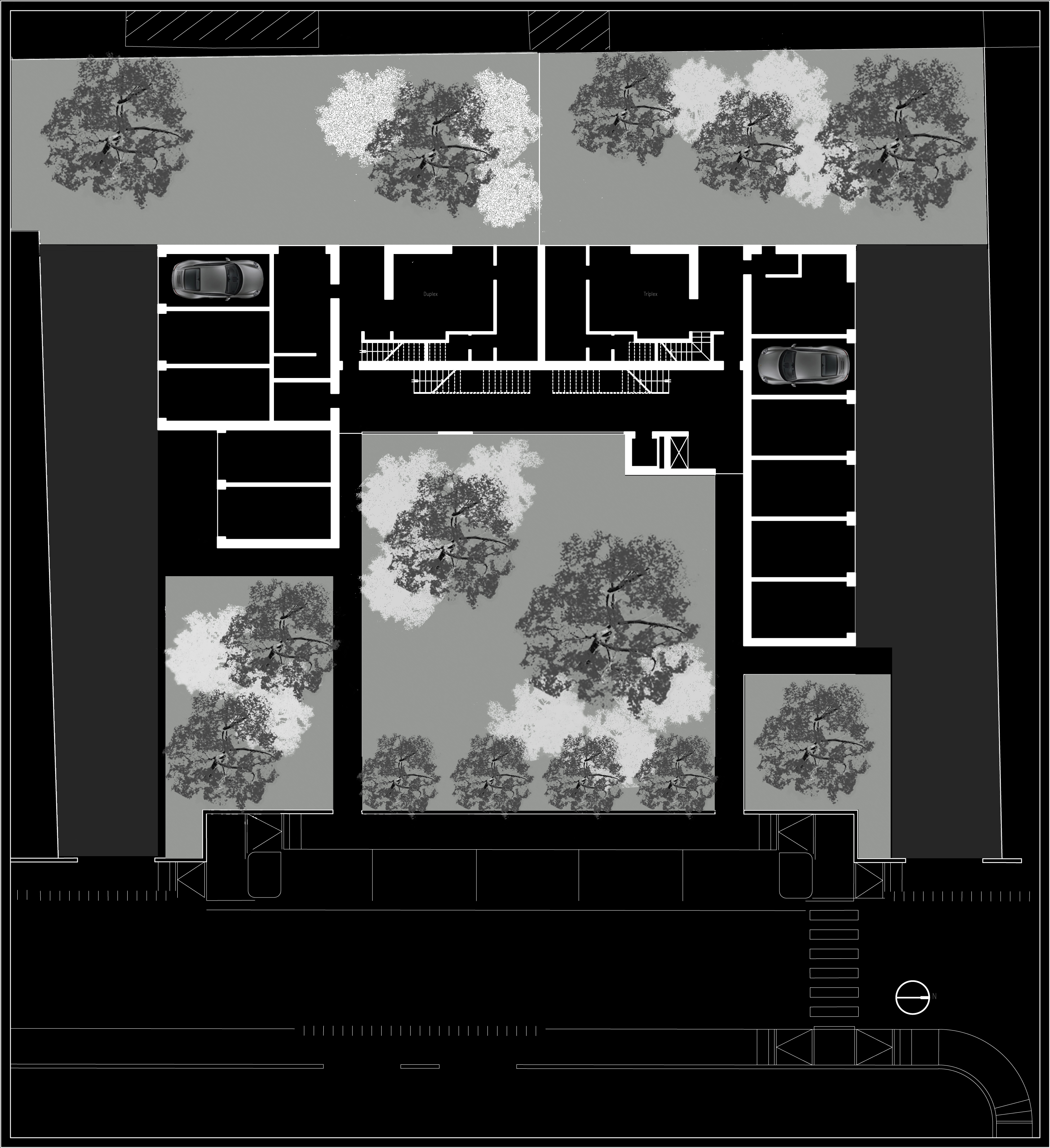 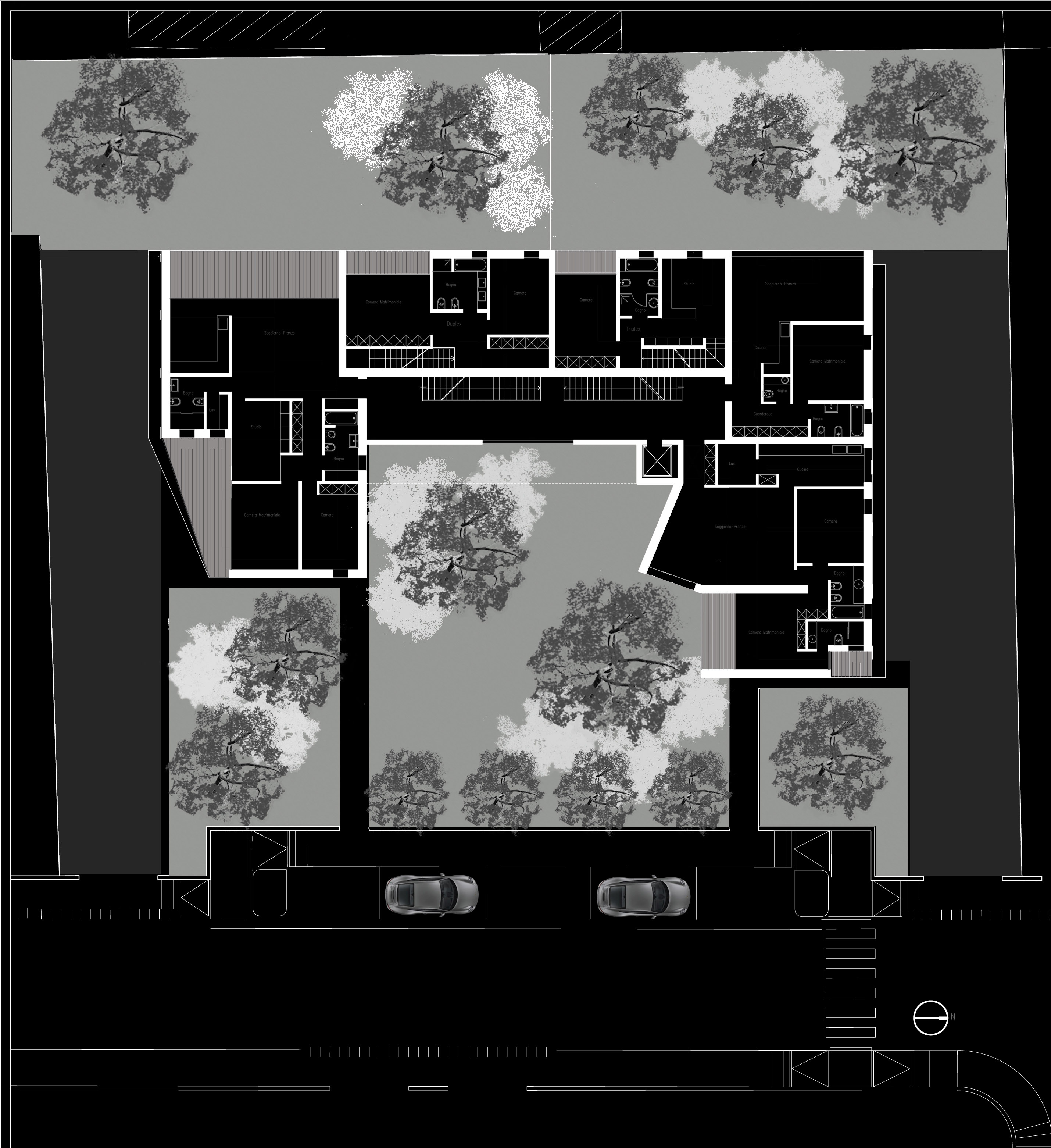 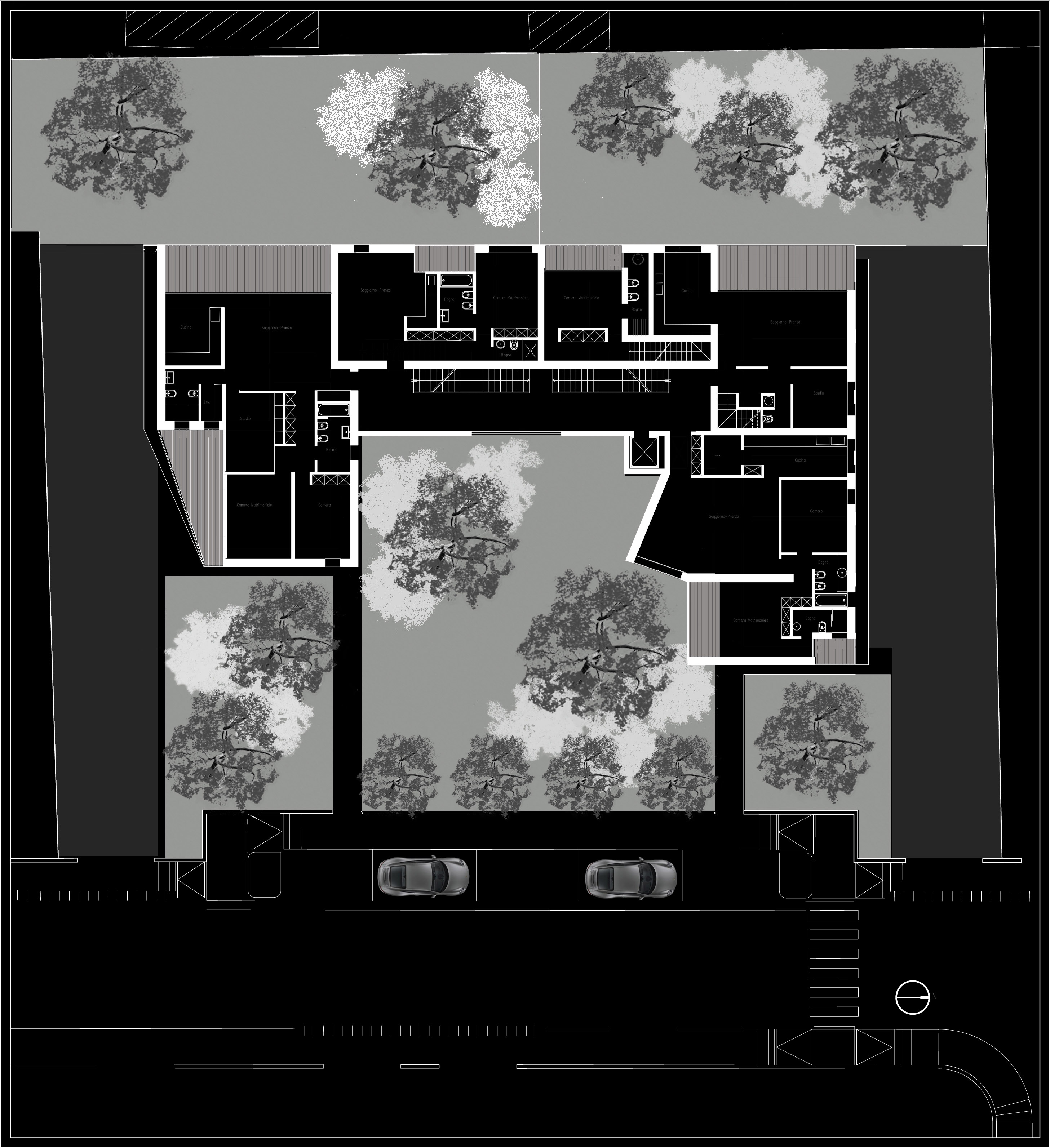 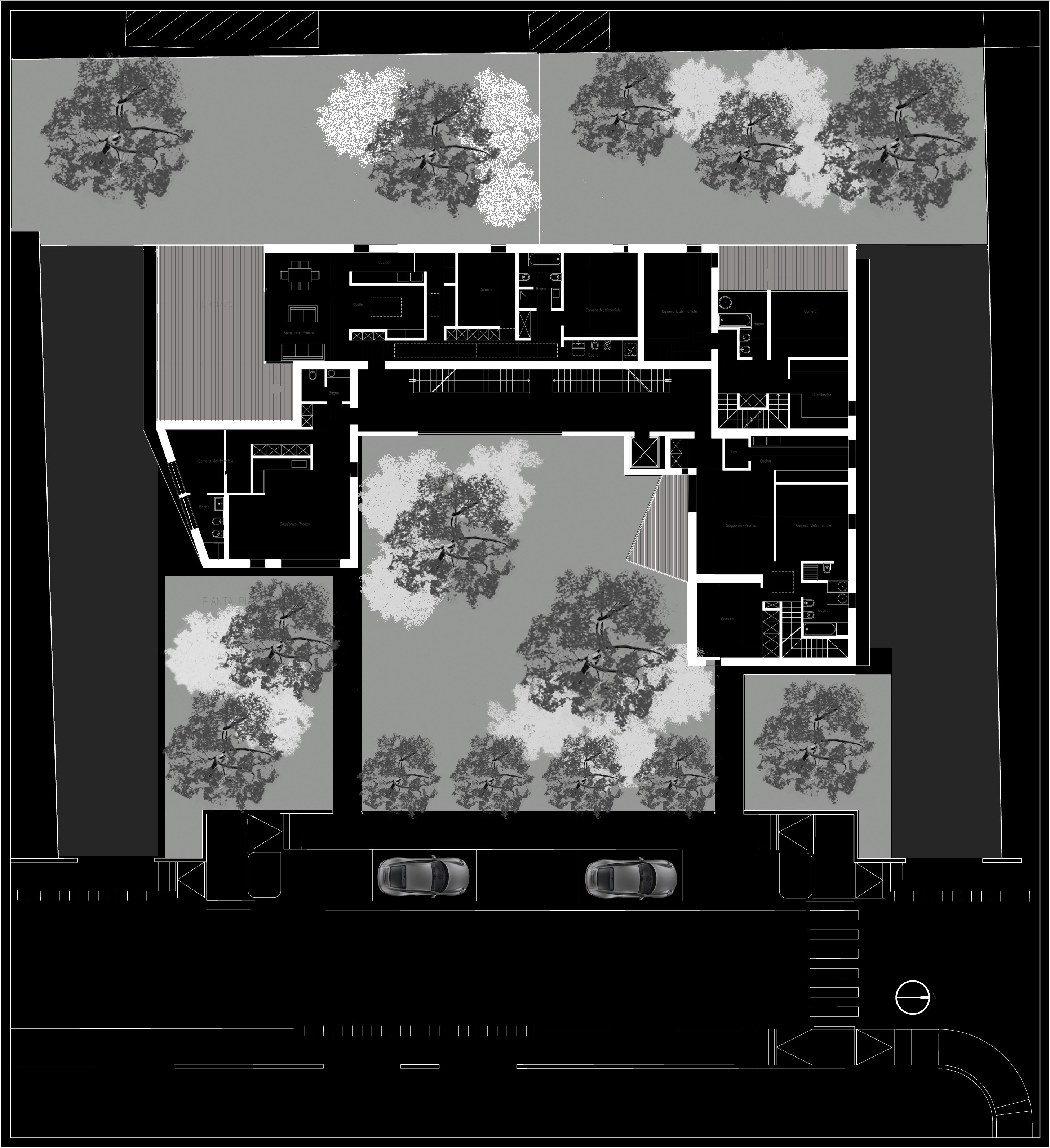 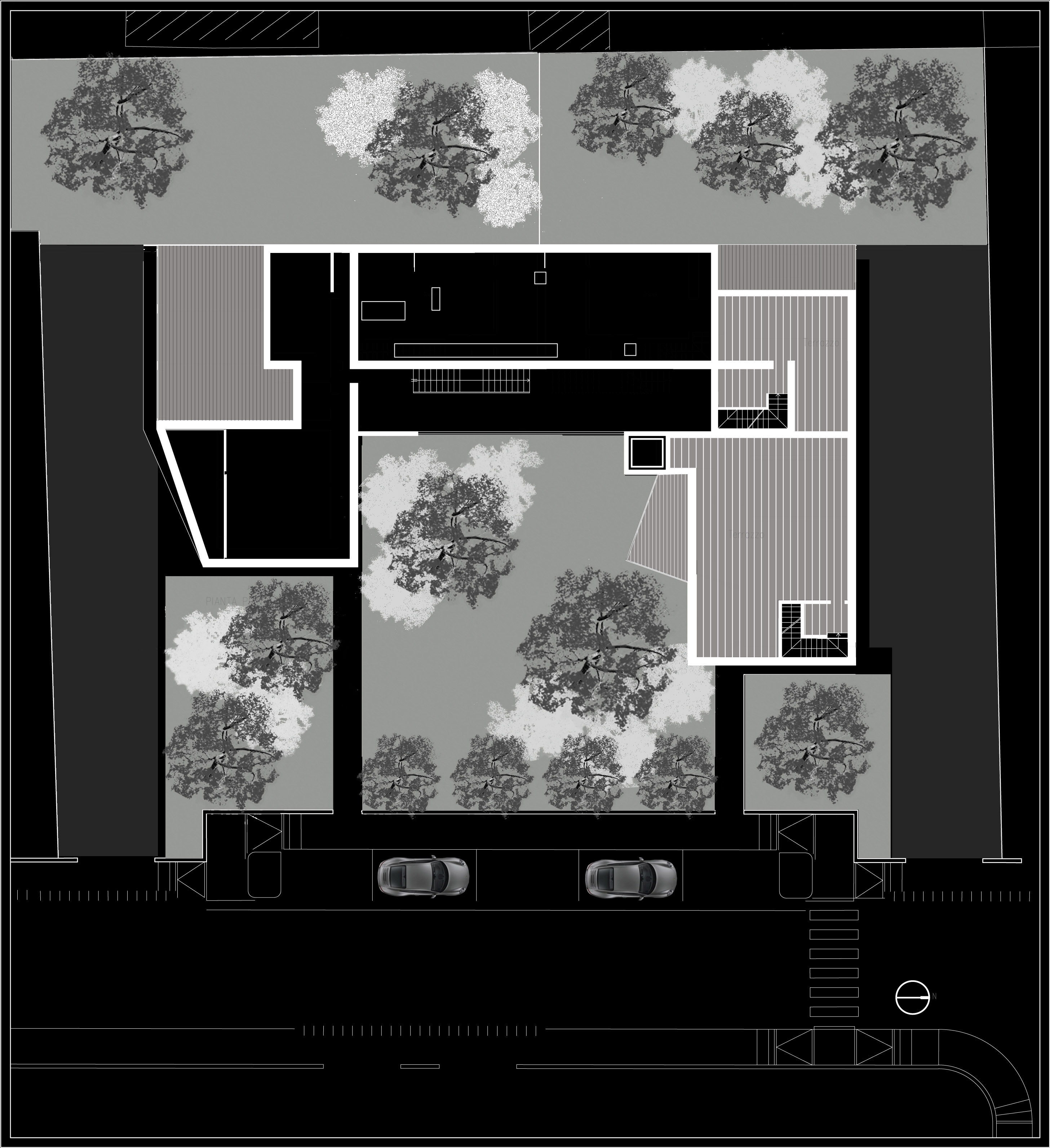 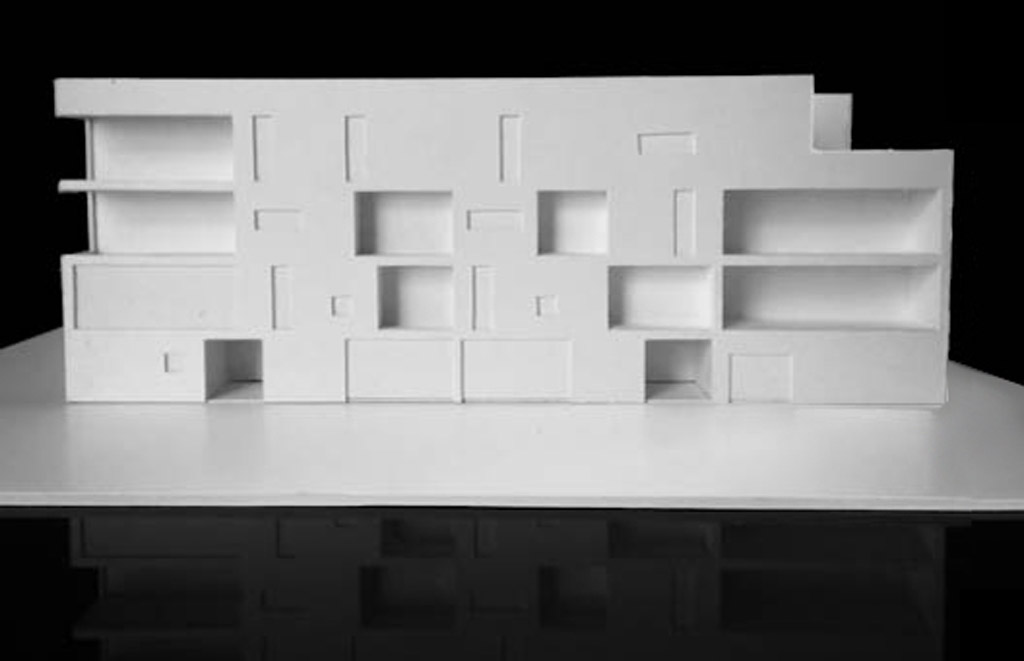 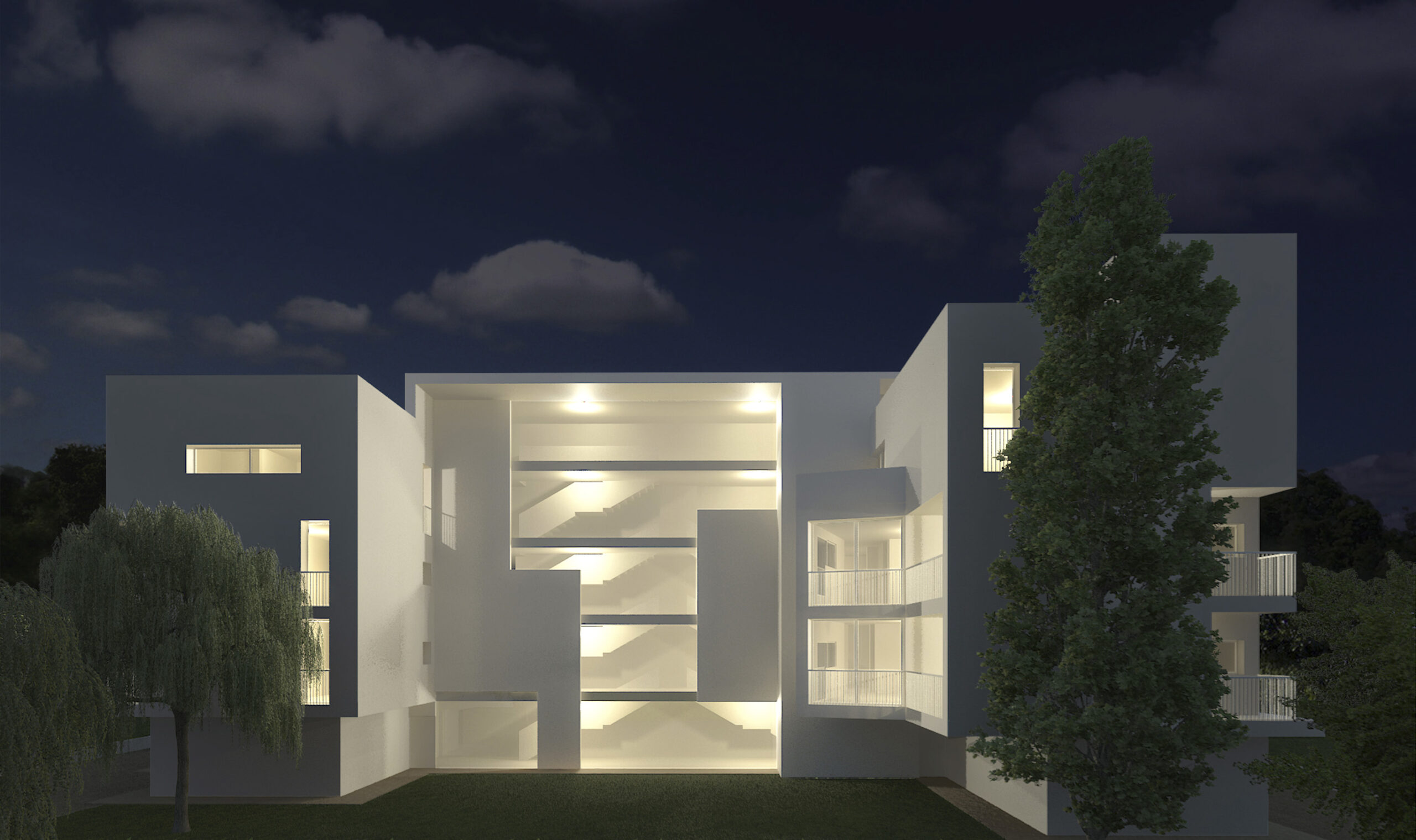