The history of the place becomes the point of departure

We are at Campolongo Maggiore, a commune in the province of Venice. A country village with widespread areas of countryside, cultivated land with wheat and maize, where you can still see a large number of well preserved, inhabited houses in the country, complete with their gardens and orchards.
These places give a sense of harmony, purity and peace, and are an example for us so that we don’t forget the context in which the building is to be inserted. The new building follows in the footsteps of tradition but at the same time interprets it in a modern key, and adapts it to present-day housing needs.

What is more snug than a nest in the trees?

The aim is to transfer to the new building that sense of purity and cosiness that is typical of a house in the country. And the idea of a house in the countryside leads us to the image of a nest in the trees, suspended in surrounding nature. And this is where the different volumes come in: the ground floor volume, which will be the day zone, contains and elevates the first floor volume, which will be the night zone of the two housing units. The two volumes are different in their use of materials and colours: the dark outside walls of the ground floor contrast with the coating of the wooden (Parklex) ventilated wall of the first floor. This play of shades of colour contrasts intensely with the surrounding green and lightens that sense of heaviness, at times overbearing, of the building in relation to the natural world in which it stands.  The contrast of colours is reminiscent of a ploughed field: where the plough passes it turns the earth over and brings to light clods of black earth. Green highlighted outside, natural daylight highlighted inside, a defining spatial element.

THE PROJECT
The building stands on a corner lot and the ground floor ceiling extends along a raised floor, which extends outside as far as the green of the garden and creates an entrance to the two houses. It is a surface that juts out along the whole main facade and the windowed stretch of the west-facing wall. A kind of suspended walkway that accentuates the corner of the building and becomes a filter between inside and the external parts. Two steps placed on opposite sides give access to the garden.  Although they have the typology of the terraced house, the two houses have their individual features, which come not only from their different positions on the lot, but also from the different composition of each. The day zone is on the ground floor, with services and garage facing north, while on the first floor we find the bedrooms with their bathrooms. The rooms enjoy abundant daylight and an open view thanks to the use of volumes that are never completely closed, large full-wall windows, normal windows and skylights. The double bedroom has a smaller volume with a pivoting open window giving access to the balcony. Tall trees have been planted in front of all the windows on the façade to ensure a view of as much green as possible from inside the rooms. 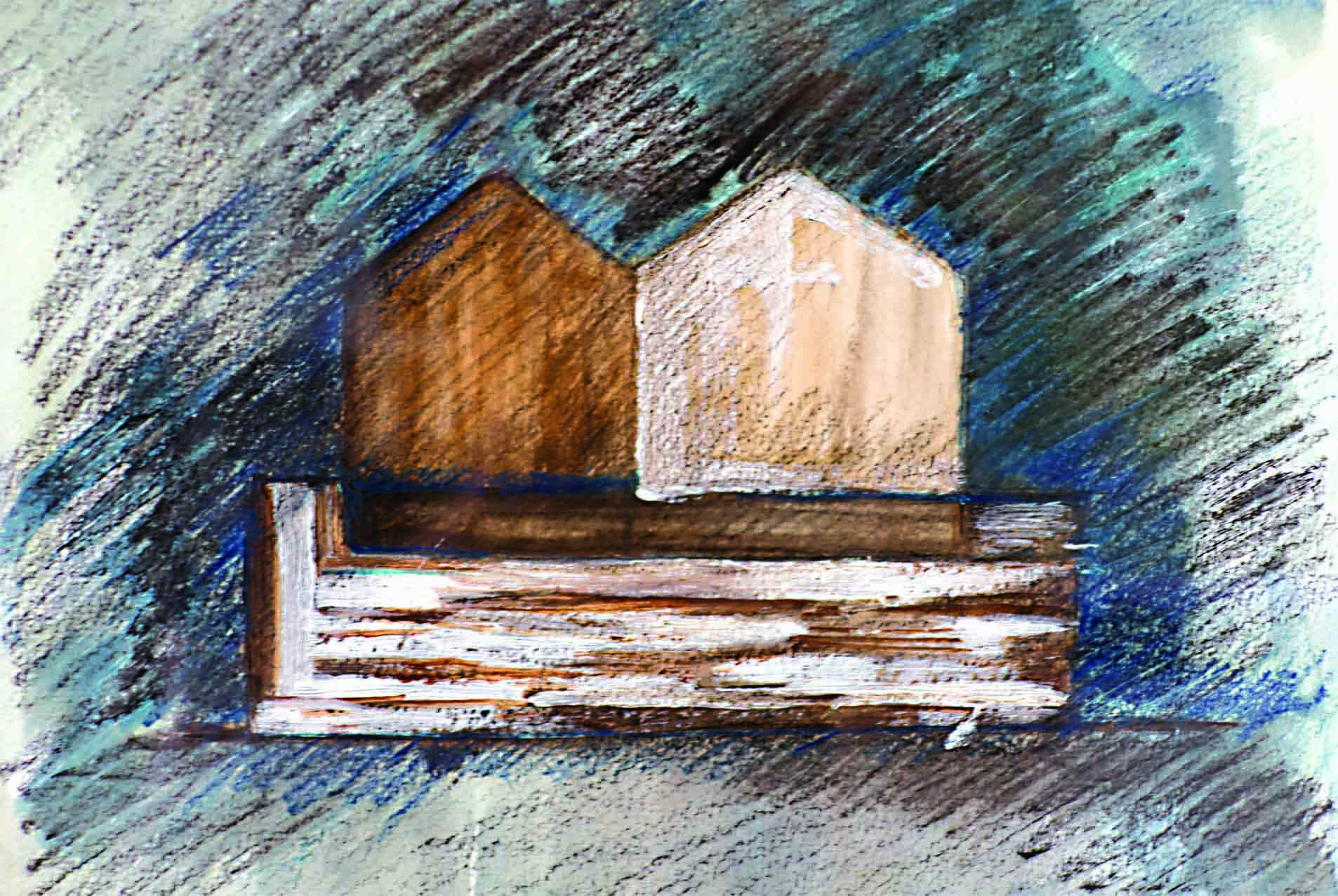 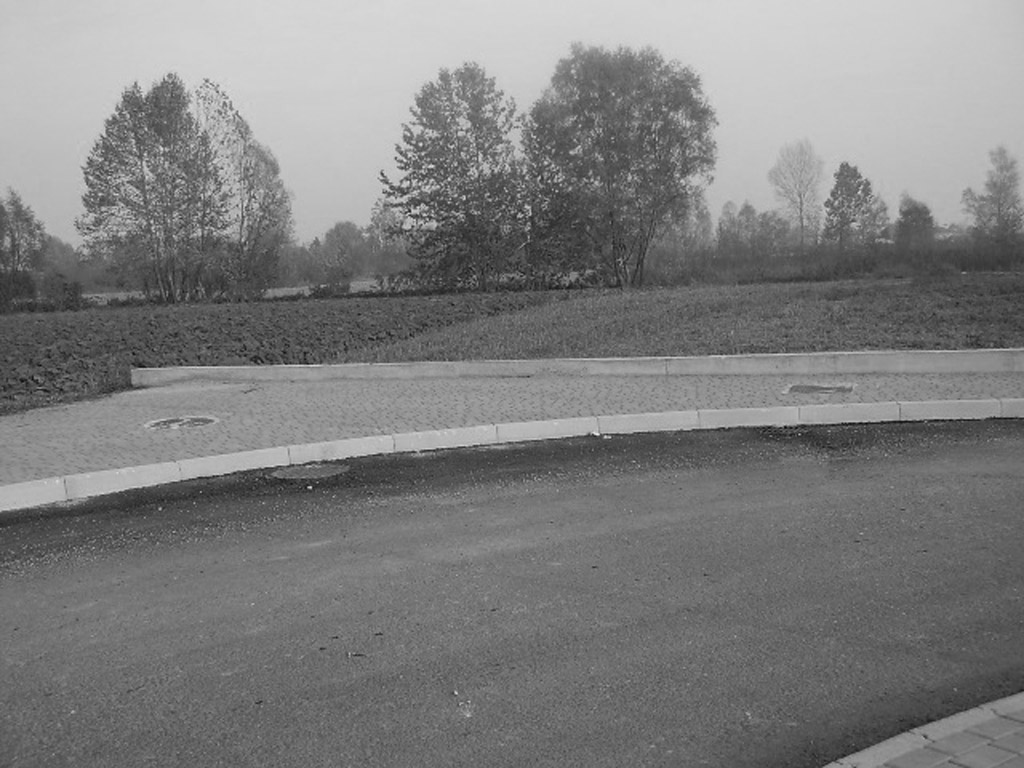 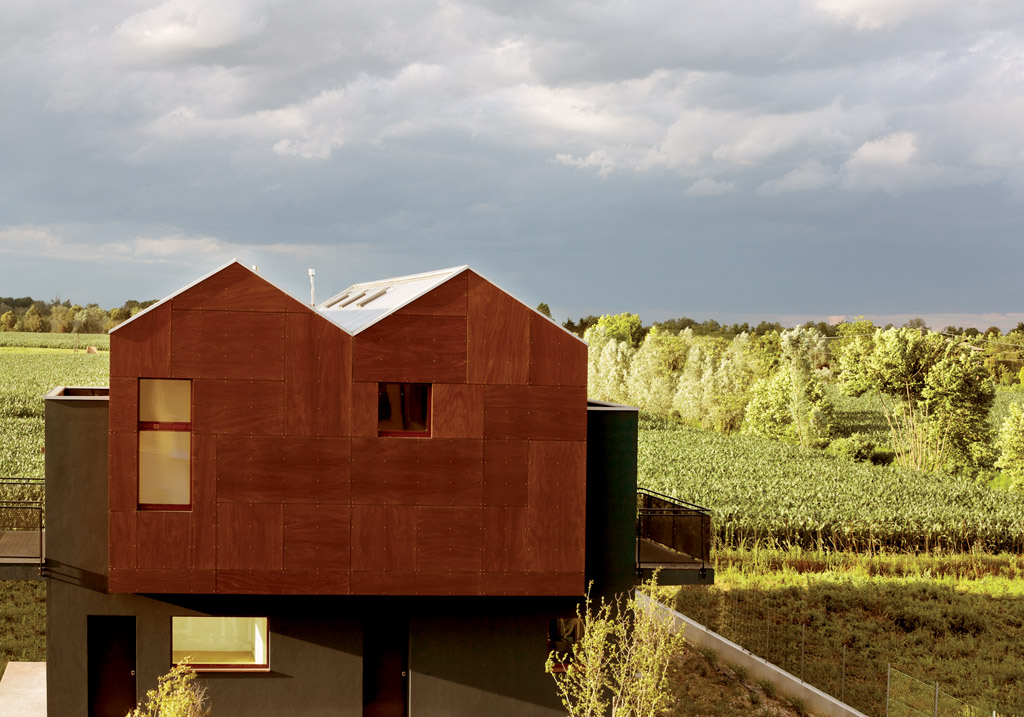 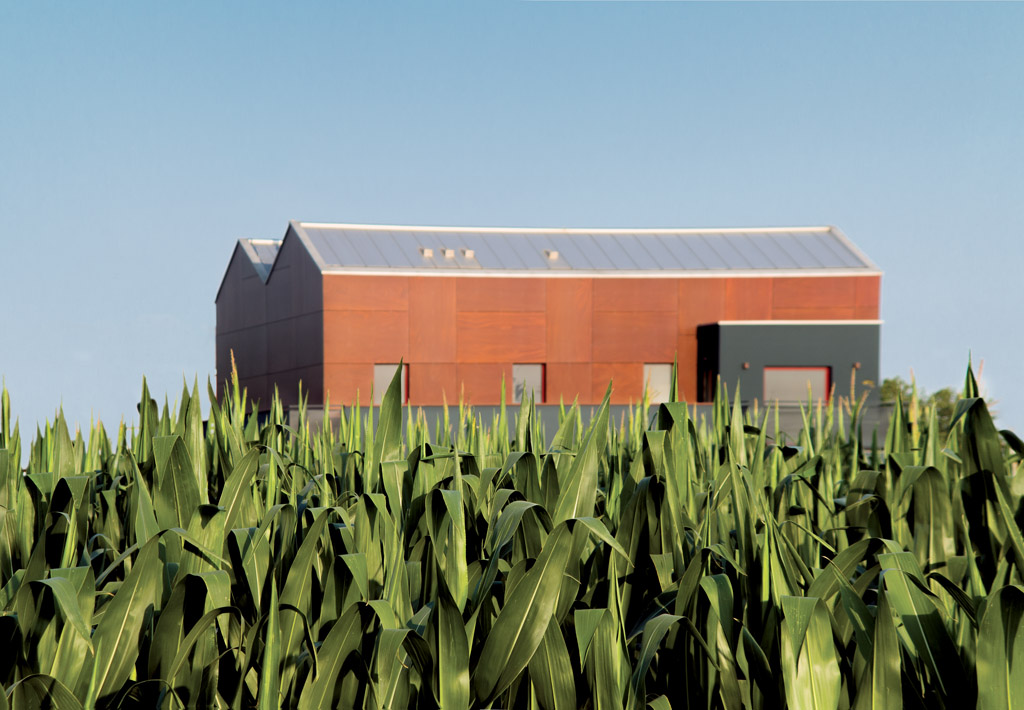 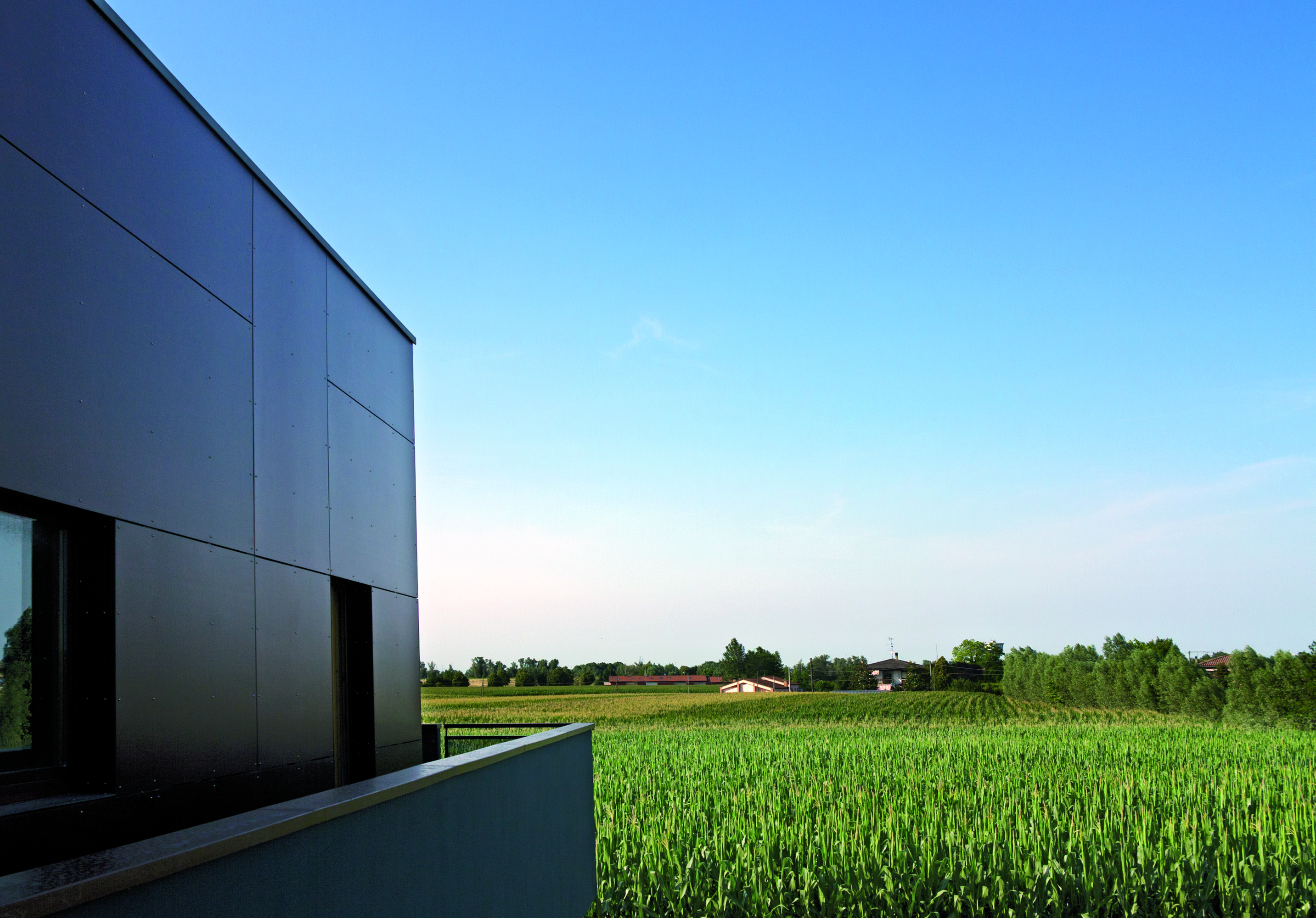 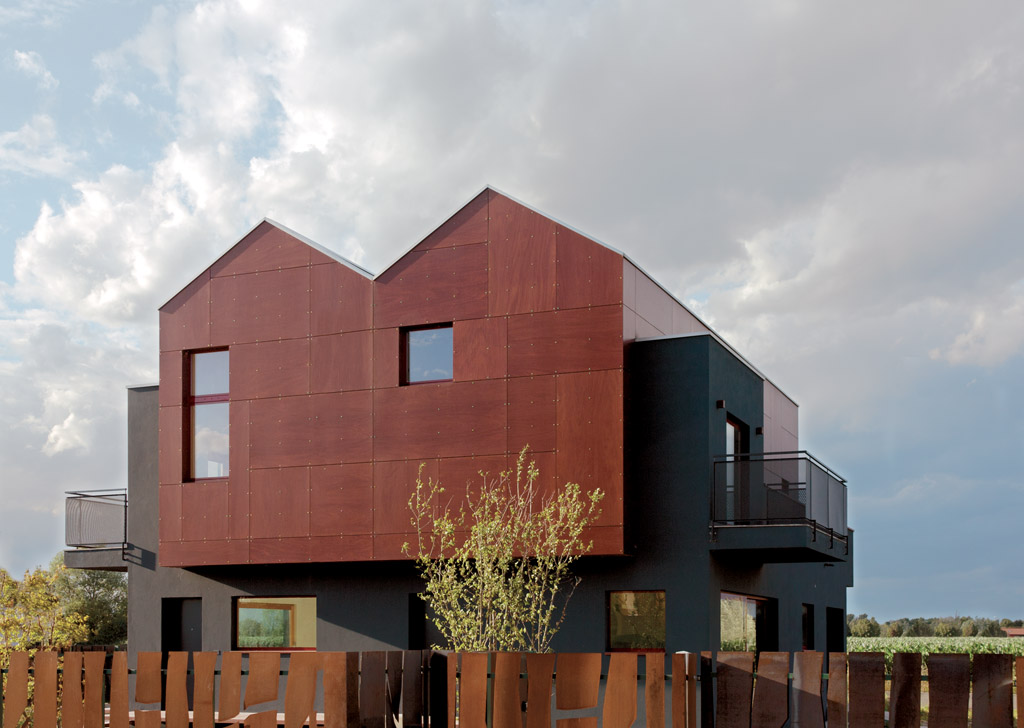 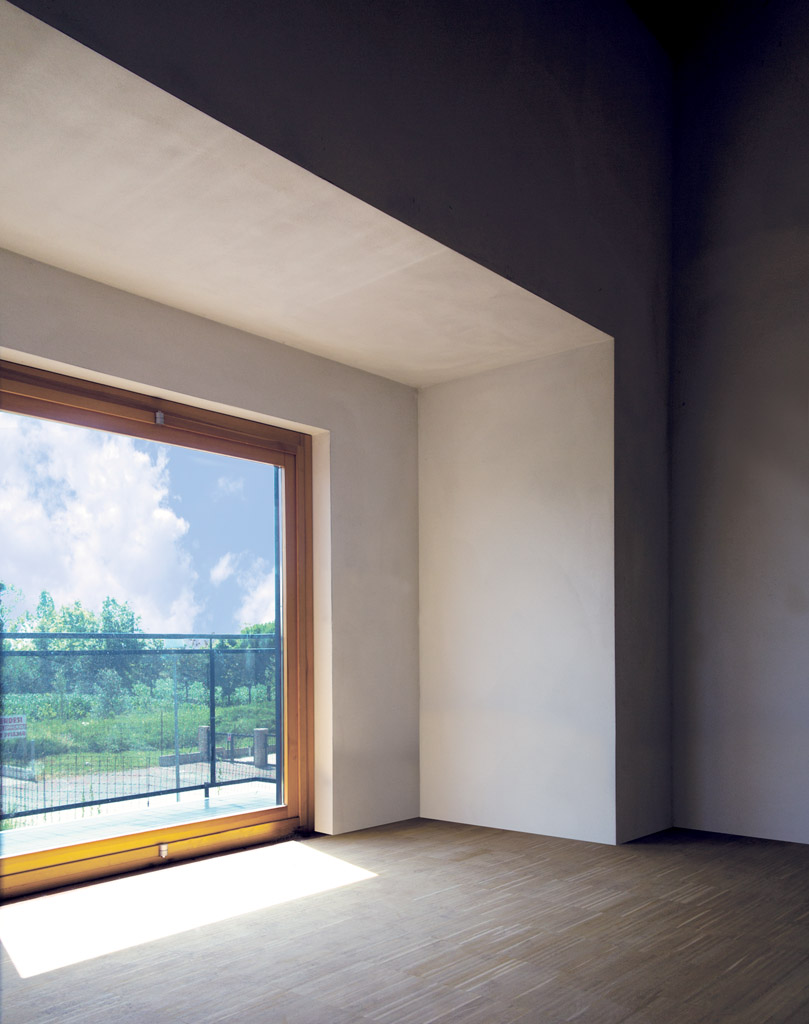 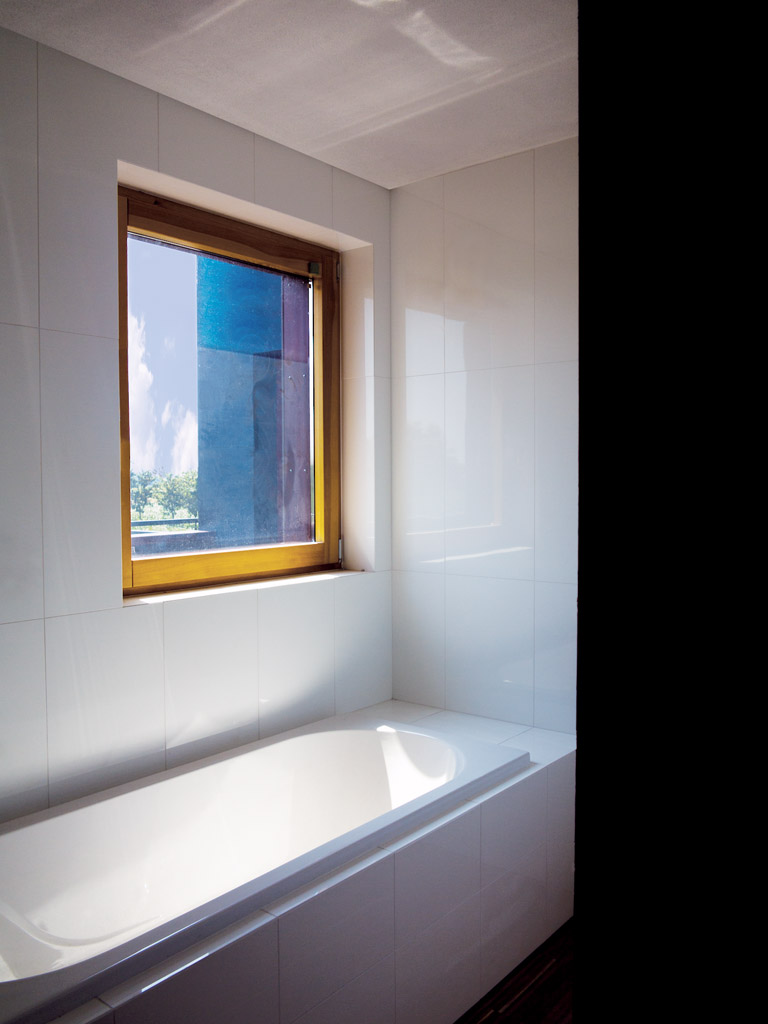 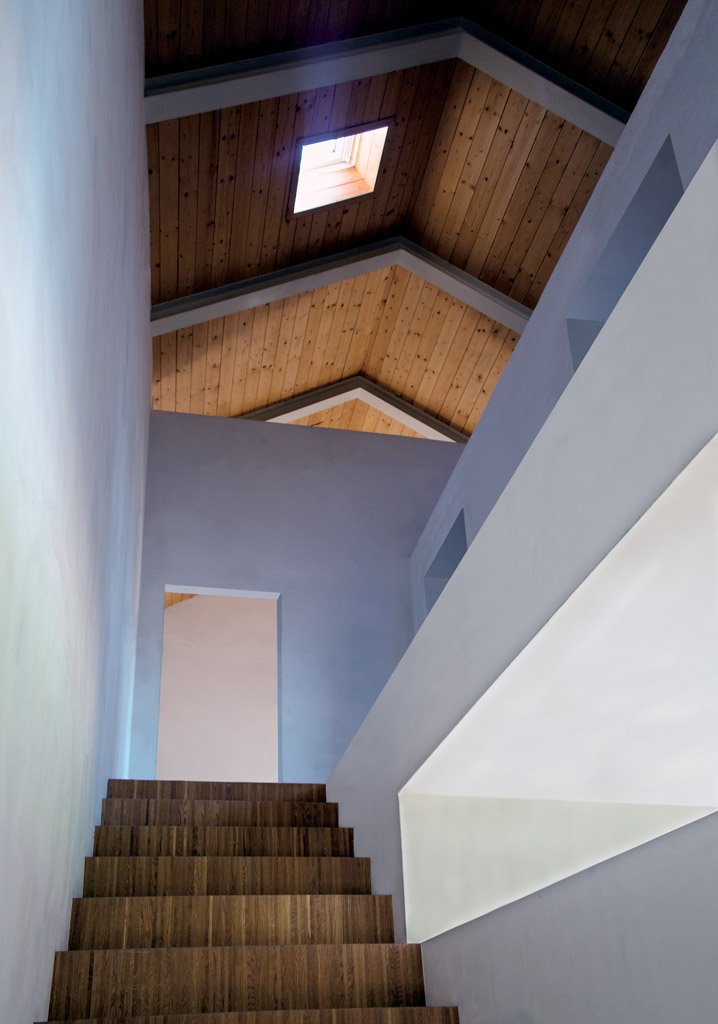 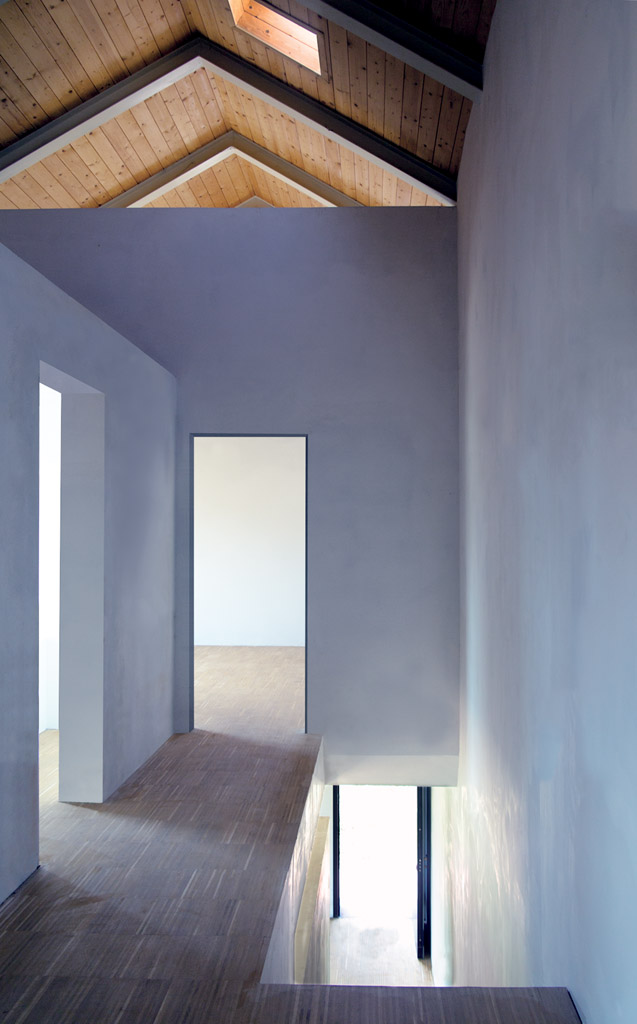 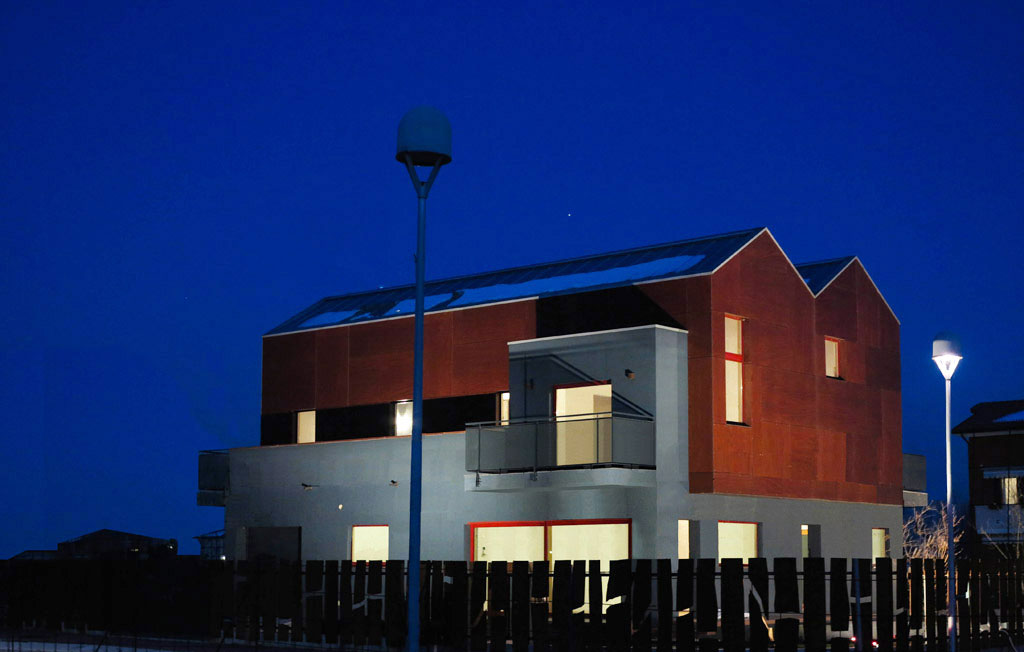 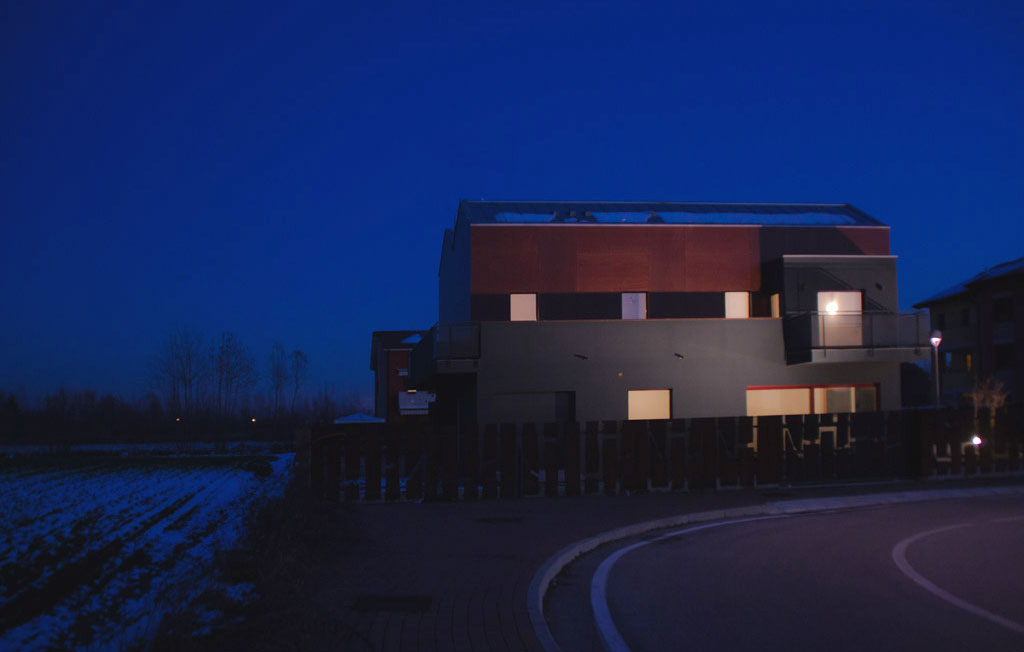